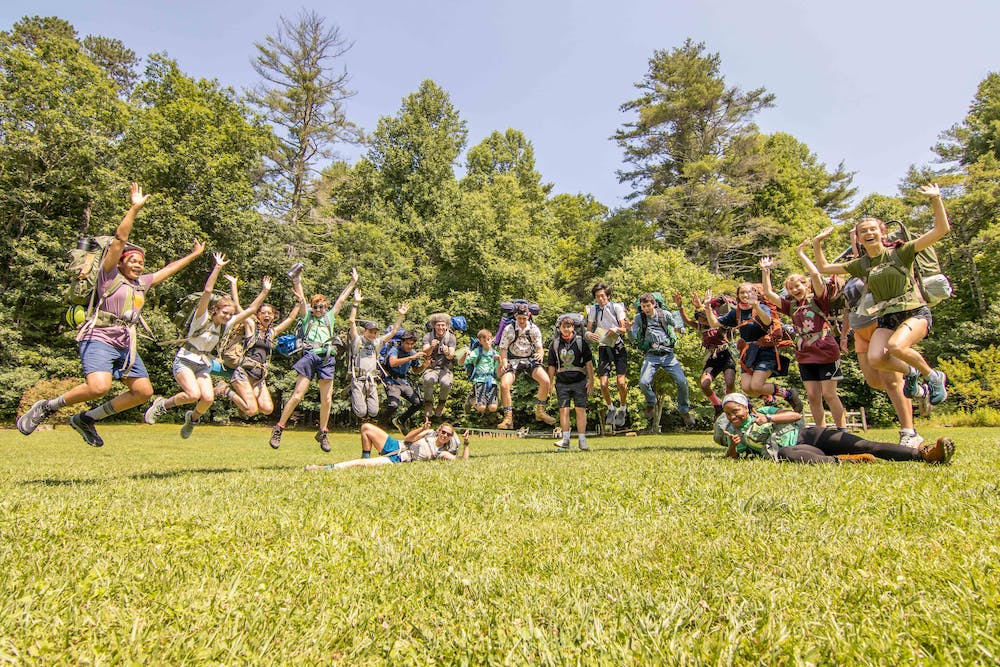 One of Green River Preserve’s core pillars of our strategic plan is to make GRP’s camper and staff population more diverse and inclusive. During the fall of 2020, with the support of our Board, we created a focus group of alumni, former staff, current seasonal staff, parents, and educators to examine our camp culture and policies through both a micro- and macro- lens. We know that we have made mistakes in our past. As a year-round administrative team, we continue to examine and re-shape our policies, procedures, and traditions. Our objective is to make GRP more accessible, diverse, inclusive, and equitable. We are certain that there will be missteps moving forward. Regardless, we are committed to staying the course. We appreciate the encouragement, the support, and the accountability of this community. This work is difficult and ongoing and we are committed to it.

At Green River Preserve, we are bound by and invested in a culture of respect - respect for ourselves, respect for the environment, and respect for each other. This bond compels us to continually reflect on how we can honor the dignity and value of all people. While there is an ever-marching journey ahead, we are committed to cultivating spaces that are welcoming, equitable, and inclusive for all.

Green River Preserve acknowledges that we are on the traditional land of the ᏣᎳᎫᏪᏘᏱ Tsalaguwetiyi (Cherokee, East).

GRP strives to honor the legacy of the Cherokee people and those before by learning about Cherokee culture and teaching our campers about the people and cultures who originally inhabited the land.

We encourage all our campers, families, staff, and alumni to learn more about the Cherokee.

So You Want to Talk About Race by Ijeoma Olou

How to Be Anti-Racist by Ibram X. Kendi

An Introduction and a Commitment

Stratigraphy and Provenience in Archeology

Get a little visual taste of Green River Preserve. Better yet - come visit us in person!