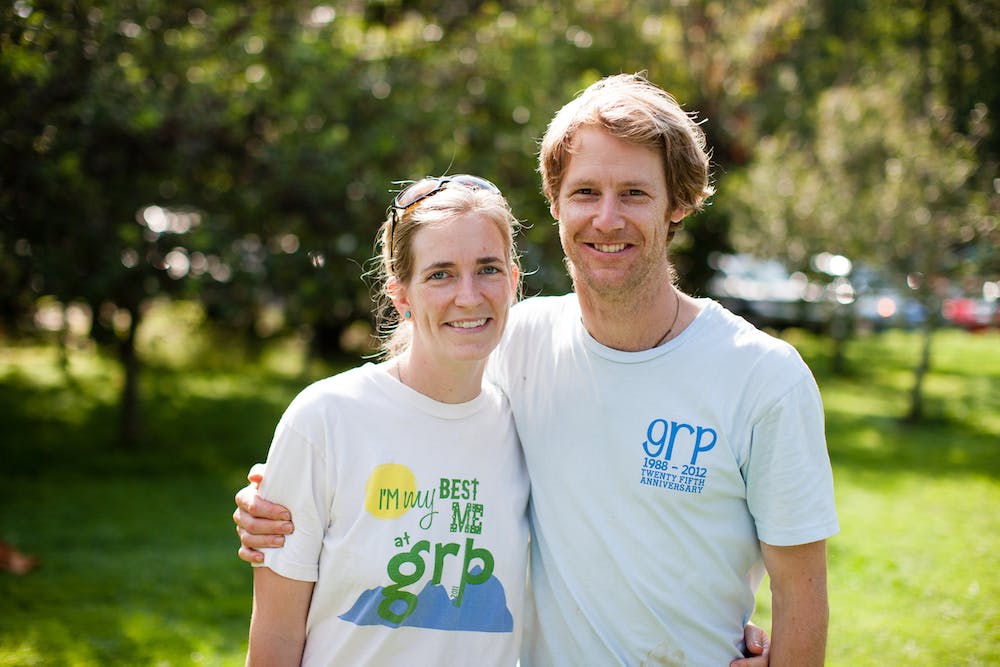 Anne and her husband, Stephen, serve as Green River Preserve’s Directors. In addition to the overall operations of Summer Camp and Expeditions, Anne and Stephen serve as Directors of S.E.E. (School of Environmental Education) which includes our residential school programs, the Green River Preserve farm programs, and land and forestry stewardship programs.

At 15, Anne decided she wanted to be a camp director. Camp was the best place ever, hands down. She has been living that dream for the past decade alongside her husband, Stephen. A lifelong camper and staff member, all of Anne’s experiences have led her to her current leadership position as GRP’s Director. As a parent and former seriously homesick camper, Anne holds a special place for those campers who might need a bit more support. Connecting with parents and campers about how we can nurture your child in their camp journey is just one of the many best parts of her job. Anne holds a master’s degree in Environmental Education and Social Sciences from the University of Idaho and Teton Science Schools. Prior to taking the helm of GRP in 2010, Anne worked in the outdoor education and non-profit world. Anne and Stephen split their time between camp and Silverton, Colorado raising their three campers Phen, Hawkins, and Alida alongside their two dogs, Irie Bird and Toots. Anne is happy doing anything outside and when not working can be found being active and chasing her tribe around.

Stephen grew up in Boston, Massachusetts playing and following the major sports including his life time passion of snow skiing. His interest in plants and trees began at a young age, but his love of the outdoors did not blossom until his prep school years at Proctor Academy in New Hampshire. After graduating from the University of Vermont with a B.S. in natural resources and forestry, Stephen spent time working in an environmental education program at a camp in Southern California. His love for the mountains and lots of snow led him to Wyoming and Colorado via the Teton Science School where he met his wife, Anne.

Anne and Stephen spent several years living and working in Silverton, Colorado, where they continue to maintain a winter office. Stephen’s experiences prior to GRP include AmeriCorps, wild land fire-fighting, watershed restoration, and forest management in Colorado and Idaho. In his spare time, Stephen can be found backcountry skiing, kayaking, mountain biking, trail running, paddling, and basically doing just about anything active outside.

Stephen also served as an Ambassador for Outdoor Research (OR) and can be seen backcountry skiing for OR on their video Sideway Sessions 2 Silverton, Colorado.

Learn about our whole year-round team at GRP!