Methods of Excavation in Archaeology

Archaeology is much like a scientific inquiry, beginning with a question or inquiry, then research, data collection/excavation, analysis, conclusion and sharing. My archaeology investigations at Green River Preserve began with 2 questions, “What would daily life and the surrounding environment have been like for the Native Americans living in the area thousands of years ago?”, and “Is there any truth to the local lore of a Cherokee Indian massacre in the early 1800’s near Spirit Winds cabin at GRP base camp?”.

Archaeology sites are identified in many ways; surface scatters, sites exposed during construction or demolition, Ground Penetrating Radar (GPR), magnetometry, (Light Detection and Ranging (LiDAR), ariel photos, oral accounts, historic research, sites exposed by weather events, surveys of federal lands and structural remains above the surface. Once a site is located, then comes the task of data collection and excavation. There are three phases of excavation for archaeology investigations: Phase I Shovel Test Survey, Phase II Test Units and Phase III Block Excavation. Each of these phases can uncover different information for an archaeology investigation.

In the summer of 2012, I began the initial Phase I shovel test survey at Green River Preserve. The previous summer, Sandy Schenck had shown me the surface scatter of artifacts along a path in the Girlsville cabin area. I excavated 3 shovel tests on the hilltop and each test hole contained artifacts. Shovel Test 3 (ST3) was located less than 10m west of Spirit Winds cabin and had several layers of strata (layers of soil) down to 80cm below the surface. Artifacts were recovered each stratum, with a cluster of rocks at the bottom. I knew the rocks 80cm below the surface were significant, possibly a fire ring, a stash of tools, or a nutting stone. The 3 shovel tests were filled in with the screened soil and marked with flagging tape, to be able to locate for future investigation.

With help from the campers of session 2 in 2016, we completed the Phase I shovel test survey around the Girlsville cabins. The datum (a point that serves as the measurement and reference point for both vertical and horizontal measurements) was defined as ST3 from 2012. Artifacts were collected from the positive shovel tests and we were able to draw an amazing site map including the datum, positive and negative shovel tests, Test Unit 1, cabins, pathways, the lake, water pump station, a directional arrow, and a distance chart. 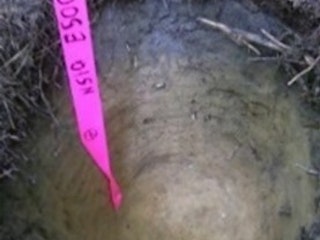 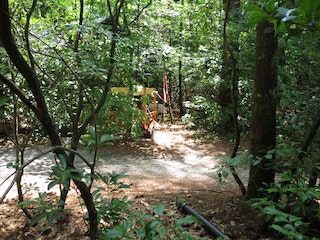 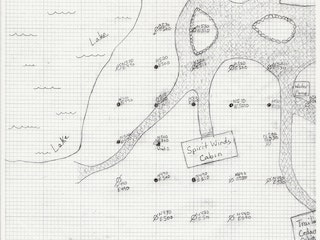 Working with the campers in the summer of 2017, I began a Phase I shovel test survey at the GRP farm and started a site map of the area. 32 out of the 35 shovel tests contained artifacts. Several of the shovel tests had evidence of charcoal, rocks and other features such as post holes. Future excavations will reveal the Native American camp sites and villages at the GRP Farm and east along the Green River. 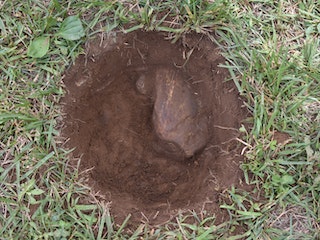 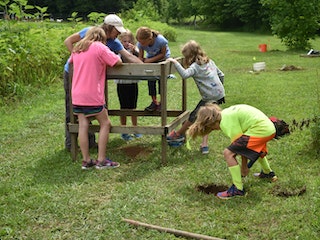 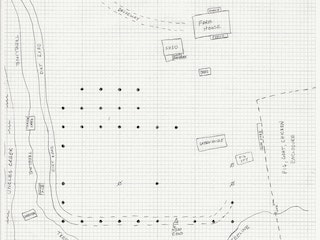 Phase II testing involves excavating test units on or near the most promising locations, per the results of the Phase I surveys and data analysis. 1meter x 1meter square units are excavated in 10cm levels or by following the natural strata of the soil. The excavated soil is screened through a ¼ in screen and artifacts are collected and assigned provenience. Assisted by GRP staffers and campers in the summer of 2013, we were able to excavate a Phase II test unit, positioned over ST3. The 1m x 1m unit was excavated in 3 zones to a depth of 80 cm below the surface. The excavation exposed a portion of a ring of rocks and a center filled with charcoal flecks. It was an incredible discovery. We had uncovered approximately 1/3 of a Native American fire ring dating back thousands of years. Continued data analysis and future excavations will help us to determine the age, use and meaning of the fire ring, adding to the story of the ancient Native American peoples of Western North Carolina. 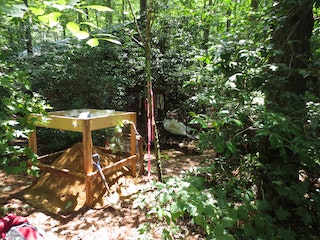 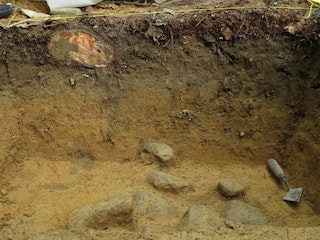 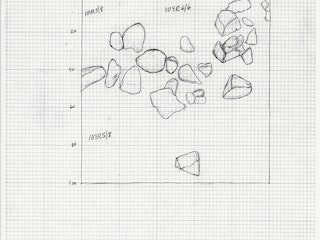 In the future, when we do Phase III Block Excavation at Green River Preserve, multiple units will be excavated next to each other. Block excavation can expose features such as post holes, fire pits, storage pits and middens (trash pits filled with bone, broken pottery, broken tools other refuse). Features can reveal locations of structures and pits, while artifacts found in context can reveal meaning and use for the site. This can reveal a broader perspective of the daily life of ancient Native American cultures living in the area thousands of years ago.

Both the Phase I survey and the Phase II testing at Green River Preserve have revealed many exciting discoveries, including debunking the local lore of a Cherokee massacre. It is believed by many people in the area that a massacre of Cherokee Indians took place in the 1800’s near the cabins in Girlsville at Green River Preserve. If the Cherokee had been living in the area at that time, there would be evidence of their occupation, artifacts left behind.

By the 1800’s, the Cherokee had adopted some colonial traditions including clothing, cooking vessels and utensils. Artifacts from the colonial period would have been found in excavations in the Girlsville shovel test survey or Test Unit 1. As a result of the lack of any colonial period artifacts, I can conclude that the Cherokee did not live on the hilltop, now known as Girlsville at Green River Preserve. Therefore, the Cherokee massacre of the 1800’s could not have happened on Green River Preserve basecamp. Although, it may very well have happened somewhere nearby. Time and future excavations will tell.

In the next post we will learn about flintknapping and how the Native Americans made tools and points out of quartzite and other stones from the region.

Thank you for your interest and support in Green River Preserve. Until next time remember “Culture is Everywhere”.