Today was the first of FOUR GLPs this session. GLPs are Group Learning Projects and most definitely there was a lot of learning and creating going on today! 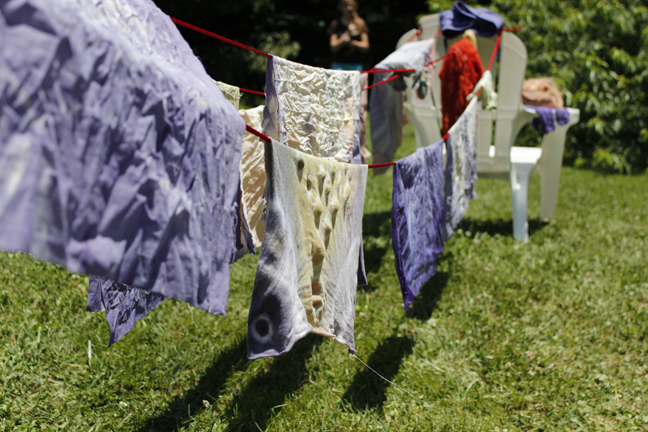 As I walked around base camp taking photos, I saw campers learning about the art of shibori which is a Japanese method for dyeing cloth, another group making flutes out of rivercane and another group carving spoons out of wood. Then there was yet another group of campers painting a mural under the direction of our painting coordinator, David Sheldon.

At the GRP Farm, campers created their own garden and learned about composting, alternative energy sources, nutrition and much more from the folks from the Sol Food Mobile Farm. One of the crew, Eliza Bordley, is a former GRP camp counselor and expeditions leader.

Two other groups had their GLPs elsewhere on the preserve. The “Born to Run” group did just that and the other one hiked to Indian Cave.

And then there were the GLPs that met off campus which included tubing on the Davidson, climbing at Big Bradley Falls in Saluda, and Sliding Rock in Pisgah. I also heard that the campers in the last group made a stop at Dollie’s Dairy Bar. Yum!