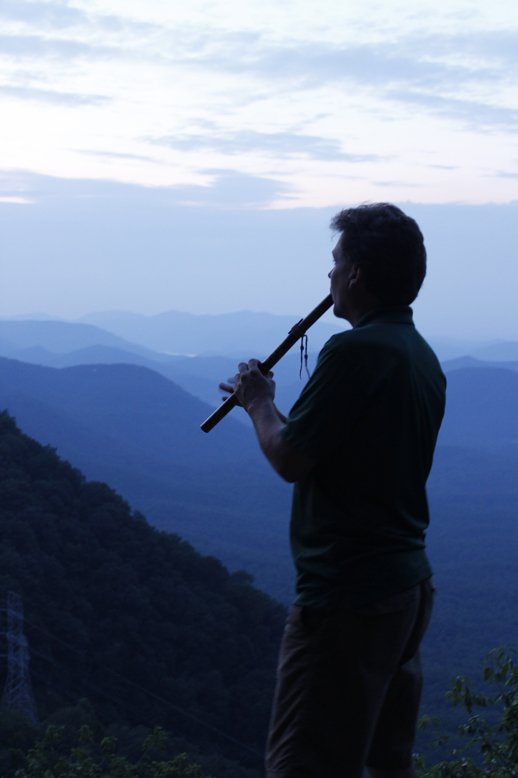 First, the campers woke up very early to view the sunrise at Pretty Place. Though many were bleary-eyed and sleepy, all agreed that it was well worth it when the sun came up over the mountains. After returning to base camp, they enjoyed a delicious breakfast and then went back to their cabins to catch up on sleep.

In the afternoon, the 25th Anniversary festivities began with the arrival of alumni staff and campers. There were happy greetings and hugs as former staff and campers saw each other for the first time in years. The campers were also having a fabulous time on the waterslide (tarp on the hill) and playing an exciting game of Ultimate Frisbee on the front field.

A supper of grilled hamburgers, pasta salad, watermelon and a special 25th Anniversary cake was enjoyed by all. After some time in the cabins, the reunion campfire began. There were songs and stories from alumni and campers alike. The evening ended with a spectacular fireworks display in the front field.