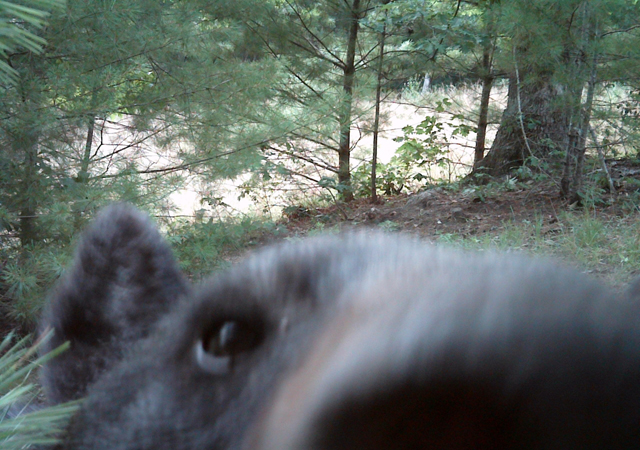 The bears are out there, but they don’t want to be seen much to the chagrin of the staff and campers at GRP. Earlier GRP Mentor, Pawel, and some campers had set up a trailcam with some tomatoes and apples nearby just to see if they could catch a glimpse. One did show up, but about 7 minutes after they had left. (The trailcam records the time and date of each photo.)

Then on the Reasonover mentor hike this morning, Hawk saw a bear. He immediately turned around to see if anyone else had, but when he turned back around, the bear was gone. As you know a staff member AND a camper have to see a Grand Slam animal for it to count.

Despite not seeing the bear, several campers were excited to find some quartz crystals at Reasonover. At the farm, campers snacked on some sugar snaps and brought back some to the dining hall for the campers and staff to enjoy at lunch. They also harvested some radishes for the evening meal. Nothing like fresh veggies straight from the GRP Farm!

Also, at lunch, the campers who had not already done so, were asked to find their spirit stones. Yep, you know what that means. This session is coming to a close. Didn’t they just get here?