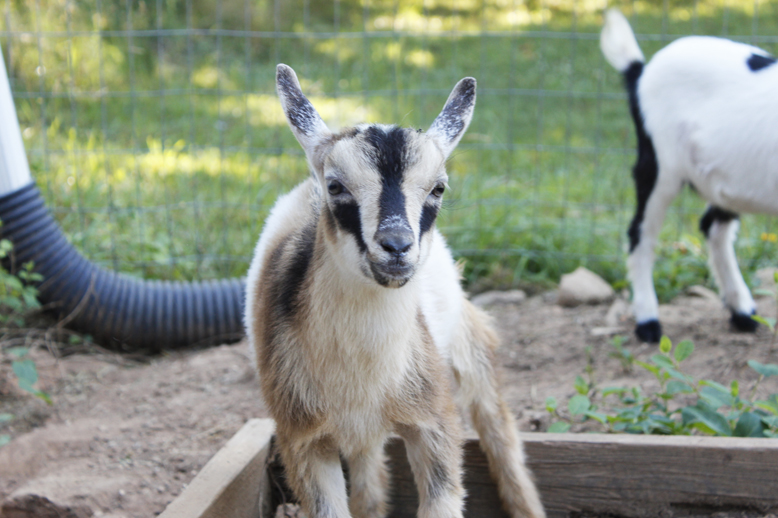 Some of the mentor hike groups decided on new names today such as the Black Bear Burritos, the Disappearing Neon Turtles and the Brave Benevolent Bears. Definitely some creative names, that’s for sure!

On today’s hikes bear scat and a bear track were spotted, but no bear. The campers who hiked to Uncle’s Falls saw 12 separate salamanders! Also, the entire group became polar bears. They also made up a song called “The Forest Is a Wonderful Place” and sang it for the entire dining hall.

Two groups saw copperheads while another one saw a thriving ant colony under a moss pad. The campers who visited the GRP Farm harvested radishes, weeded and visited the baby dwarf goats.

If the weather holds out, Predator Prey will be the evening program.

Also, all the cabin photos have now been uploaded. Please check your CampIn Touch account page and click on the photos link to view them (July 8).