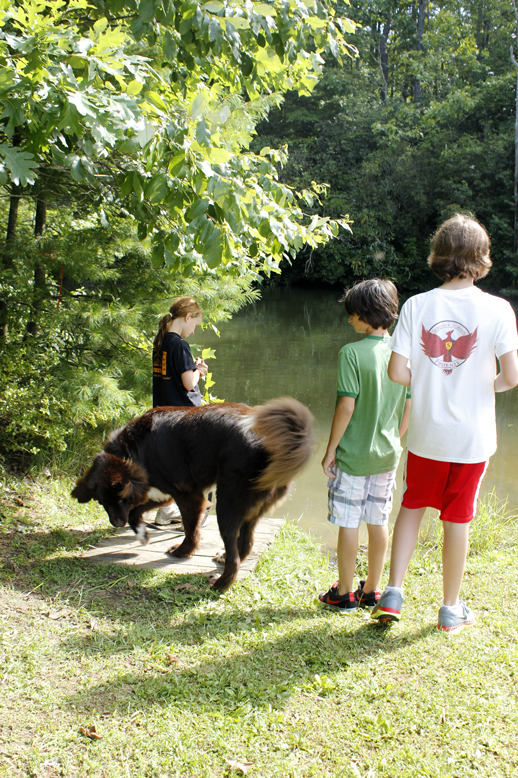 It was a beautiful, sunny morning for Session 4 check-in. In addition to campers and their families there were several dogs who seemed just as excited as the campers. One stuck out in particular – a chocolate, 130-pound Lesser Newfoundland named Baloo. He was so large that several campers thought he was a bear and that they were already on their way to a Grand Slam.

There was another Grand Slam false alarm at the Lodge. While waiting for their cabin photos to be taken, some campers thought they may have spotted another Grand Slam animal – a venomous snake. Much to their chagrin, it was just a non-venomous black rat snake.

Could this be foreshadowing? Perhaps this group of campers will see all four Grand Slam animals? It could happen.

After lunch, the girls and then the boys gathered at the gazebo for the traditional GRP Respect Circle. It’s a time when Sandy and Missy talk to the campers about having respect for yourself, respect for each other and respect for all living things. Each camper and staff member then promised to try their best to do these things by saying aloud “I will.”

(To view photos, simply log into your CampIn Touch account. The rest of the cabin photos will be uploaded tomorrow.)