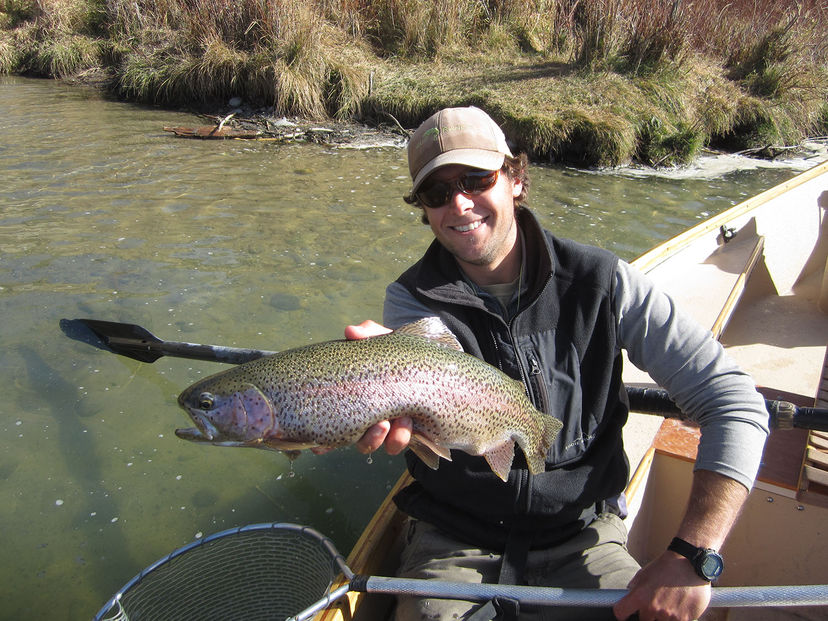 A few weeks ago, Les Vance, a former Green River Preserve camper and staff member, was kind enough to take me on a 4 mile float trip down the San Juan River in New Mexico. Les became a fly fishing legend when he was a counselor in training at GRP. He hooked, fought (for over two hours!), landed, and then released unharmed the biggest fish ever caught at Green River Preserve. The fish was the fabled “Jaws”, a 30+ pound grass carp that lived for years in the upper pond at camp.

Now, Les is “living the dream” as a professional fly fishing guide based in Durango, Colorado. He has fished worldwide including Patagonia, the South Island of New Zealand, and all over the US. He not only ties his own flies, he builds his own float boats. His flies outwit fish, his boat is a hand crafted work of art, and he has the skill, patience, and fishing Zen of a true master.

Together, Les and I landed and released over 60 fish. That is the most trout I have ever caught in a single day in my life! Of course, if I were a trout, it would be an honor to be caught by Les, and landed in his beautiful boat. Trout obviously agree.

Any GRP fisherman visiting the Durango, Colorado area should contact Les. He is a fly fishing mentor extraordinaire. His graciousness, superb skills, enthusiastic love of the sport, and his ability to find fish, make him an outstanding guide. He will give you a day you will never forget. 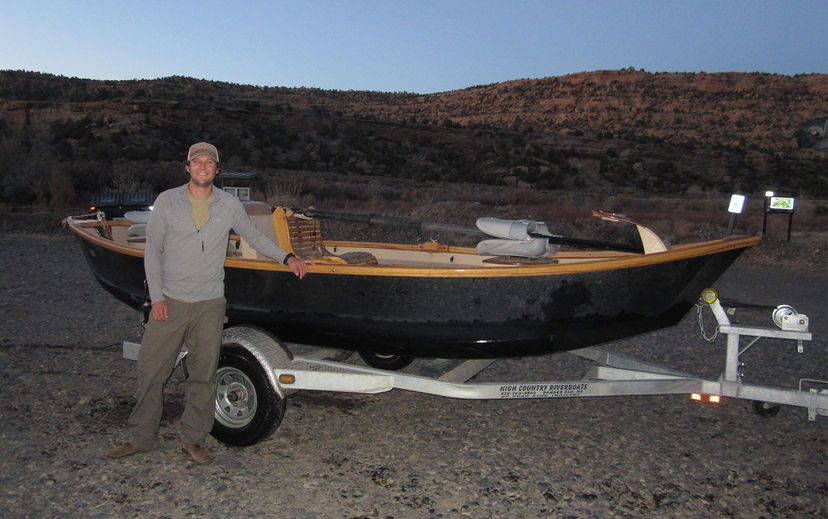