Another exciting couple of weeks on the farm.  Most exciting perhaps was the arrival of 10 baby chicks!  We had an early arriver start hatching in the early evening of Friday the 17th but the majority of them arrived on Saturday the 18th.  10 out of the 12 eggs set to incubate hatched and we have three bantam babies in the bunch.  As of today they are all developing well and behaving as healthy chicks should.

First baby out of a shell!  This is the only chick that hatched out with this color pattern. 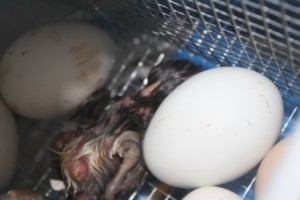 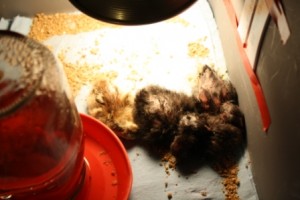 And then there were more! 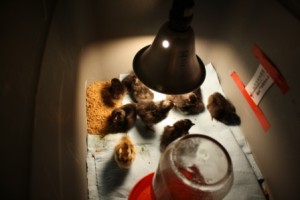 And finally ten chicks all dry and cute and fluffy:) 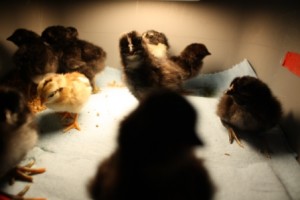 We were also delighted to harvest the first radishes.  Some of them were eaten right in the field, a few made it on a salad, and one jar was pickled. 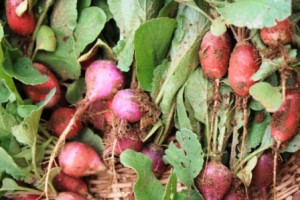 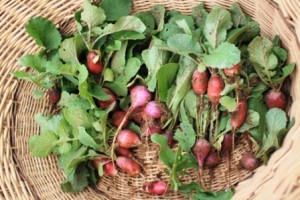 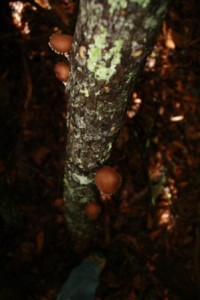 Our shiitake log has also begun to fruit again.  We are definitely looking forward to a stirfry later this week with mushrooms, mustard greens, radishes, and eggs all from our farm! 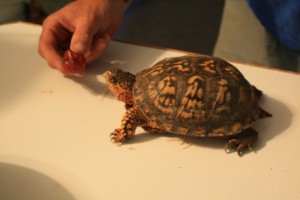 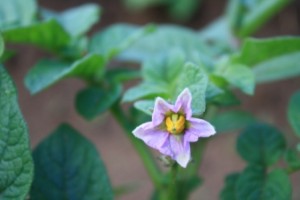 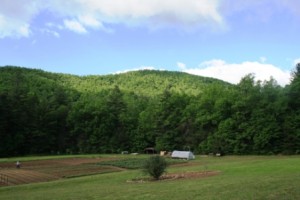