Another beautiful and wonderful week at the farm.  As warm weather settles in activity is increasing and the good things to eat are beginning to appear!  The first ripe strawberries were spotted and we had a very willing helper though I’m not sure how many actually made it into the bucket. 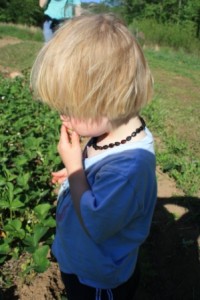 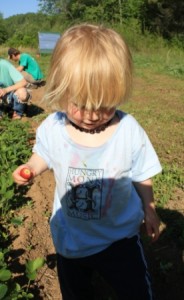 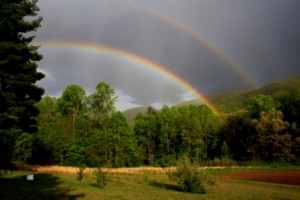 e also treated this week to not only a lovely afternoon shower but one of the more spectacular double rainbows I have ever seen and that actually ended in the farm!  We have decided that the farm IS the pot of gold.

Our newest additions to the farm are two Champagne d’ Argent rabbits.  They are about 10 weeks old and are settling into their new home nicely.  Champagnes are one of the oldest recorded breeds of rabbit.  Originally bred by French monks roughly 400 years ago they are a fairly large bodied rabbit that is born entirely black.  As they age however, they begin to turn silver and at about 6 months old they should be an entirely new color!  Pretty sure we plan to name them Bunny and Clyde. 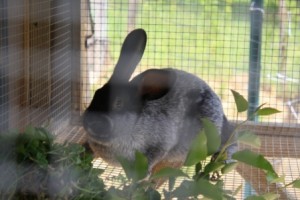 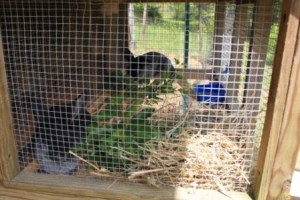 The spring greens now have their second set of true leaves so we have begun fertilization as well.  We are trying out something called Brown’s Fish Fertilizer produced in Andrews, NC.  So far it is showing promise and definitely left all workers smelling of stinky fish, always a good sign:) 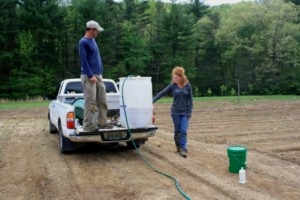 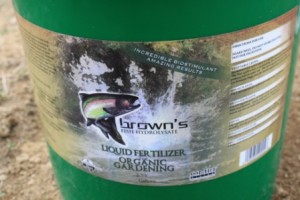 Until next time here are some orange jewels to enjoy! 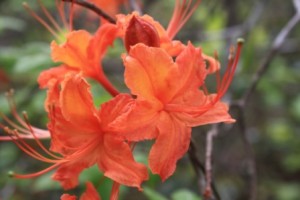 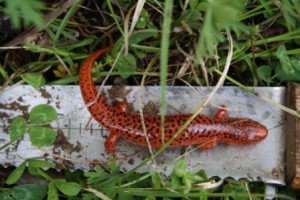