Adventure Without Rain, is Hardly an Adventure

Each day here at GRP, campers (and staffers) are surrounded by new experiences, natural beauty, and, best of all, adventure.  Most would probably say the new day’s adventure begins with the morning mentor hikes, but anyone who has experienced camp life would agree that the adventures really begin with the morning breakfast bell.  That’s not to say I’m not a morning person, but truly, I aspire to be as roaring to go in the morning as my campers.  Once we make it through breakfast (don’t worry, everybody does make it through breakfast) that’s when mentor hikes start. 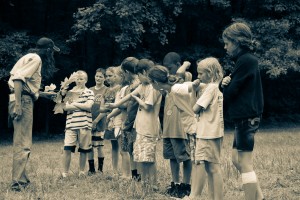 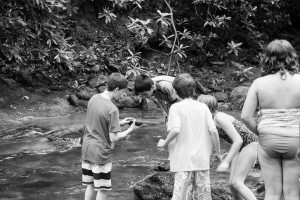 The kids all meet with the mentors leading their hike that morning and learn what they need for tackling the day’s expedition properly.  After all, a proper adventure requires proper preparation.  Some of the typical GRP adventures include a trip up to the Indian Cave and Long Rock where campers learn about the native people who used to live in the area, treks through and around Hemlock Field, a small field that lies adjacent to the Green River, and possibly even a trip to the farm to learn about sustainability and food production. Of course there are others, but so far as examples are concerned, I’ll limit myself to these (I could write about the adventures waiting to be had at GRP for pages).  Some of the best mentor hikes are the ones where something unexpected happens, such as a wild animal sighting.  This is normally something like a snake, turkey, or deer, but once in a while someone catches a glimpse of something really cool or uncommon, like a black bear. One group of campers even saw a scarlet tanager up around the Spire (another really cool mentor hike location). 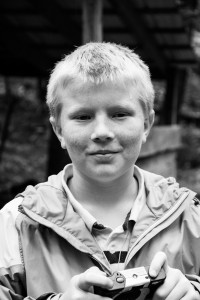 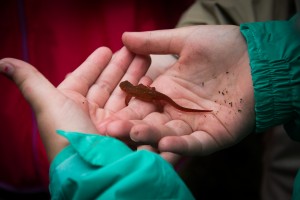 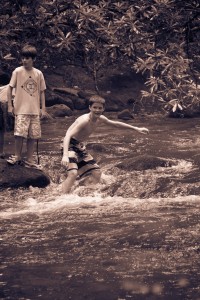 Most of the conventional adventure takes place during mentor hikes, and during lunch, the whole camp gets to hear about each mentor groups’ adventures. The adventure doesn’t stop there though. Campers get to go check out a whole slew of activities while they’re here, and often times the activities themselves are adventures.  For example, I was teaching creative writing today and in the middle of a writing exercise a camper noticed a small ring-neck snake.  Naturally we stopped what we were doing to check out the snake and learn more about it.  The crazy thing about GRP is that adventure is ready to be found around every corner, and that’s just in the day to day routine. 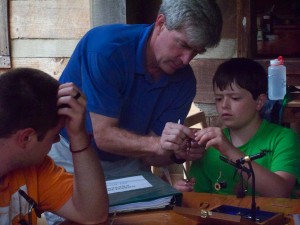 Here, campers are living out in nature for one to three weeks.  It’s hardly surprising that dull days are a true rarity.  Then, of course, there’s campout. It’s pretty much the coolest adventure ever.  During each two and three week session, campers go on a two night campout that takes them throughout the preserve-  (but that’s not until later in the session and I’m sure someone else has already been assigned the privilege of talking about campout in more detail). 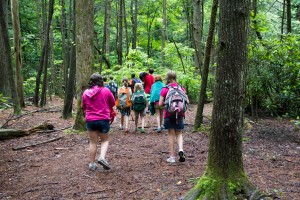 Just know that it’s awesome and the campers usually have the time of their lives on campout.  Plus, it always rains, and as everyone knows, few adventures are complete without rain.  With that being said, I can only assure you that, if you truly knew the adventures to be had here at GRP, you would be crazy jealous.  I know I would be if I weren’t already here. 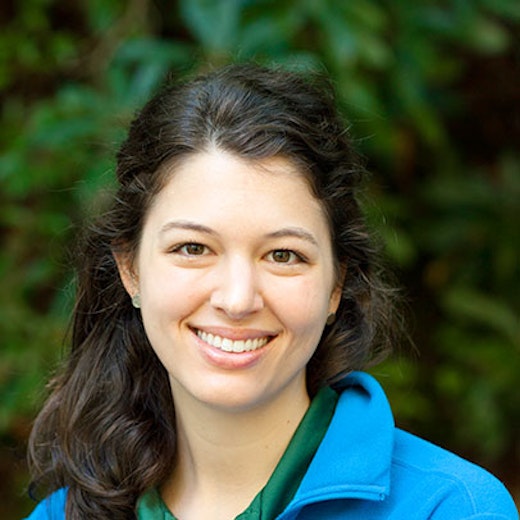