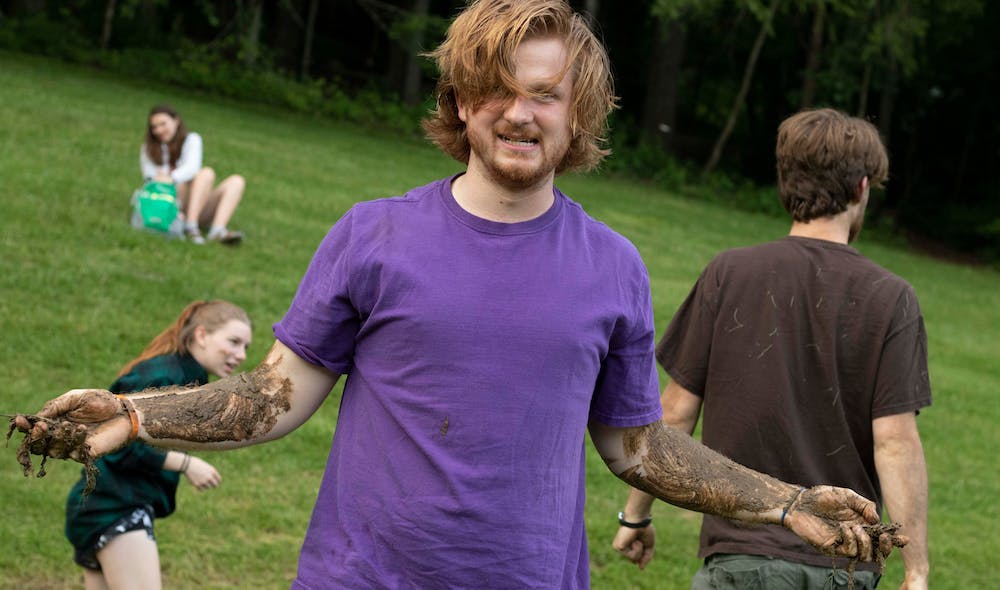 Elliott attended Base Camp for two summers, participated in both BRX and TBX, and was also a counselor last summer. Elliott attended Guilford College and majored in Theatre with a minor in Visual Arts. This past year, Elliott worked with the organization WWOOF where he had the opportunity to work on three different farms, one of which he was the house manager. Elliott provided the meals and had a lot of fun experimenting with food and fermentation. Elliott’s favorite moments at Green River Preserve are all the periods of transition throughout the day. He says that it is always fun to walk across camp and see everyones bright, smiley faces. He says that it is also amazing to see all of the cool things that happen in the community. Elliott chooses to spend his summer with a bunch of kids in nature because he honestly feels more engaged and purposeful at Green River Preserve than anywhere else. He loves the idea of being a life-long learner and he says that learning along with such amazing campers makes it even better. Elliott’s favorite thing to cook in the backcountry is anything that involves classic black beans. His favorite outdoor adventure was in Australia, where he worked in the Outback on horseback and he says it was the most amazing experience. Elliott continues to return to Green River Preserve because of the people. He says that GRP attracts people that truly want to be here. He describes the GRP community as one that uplifts one another and encourages growth, determination, and grit.