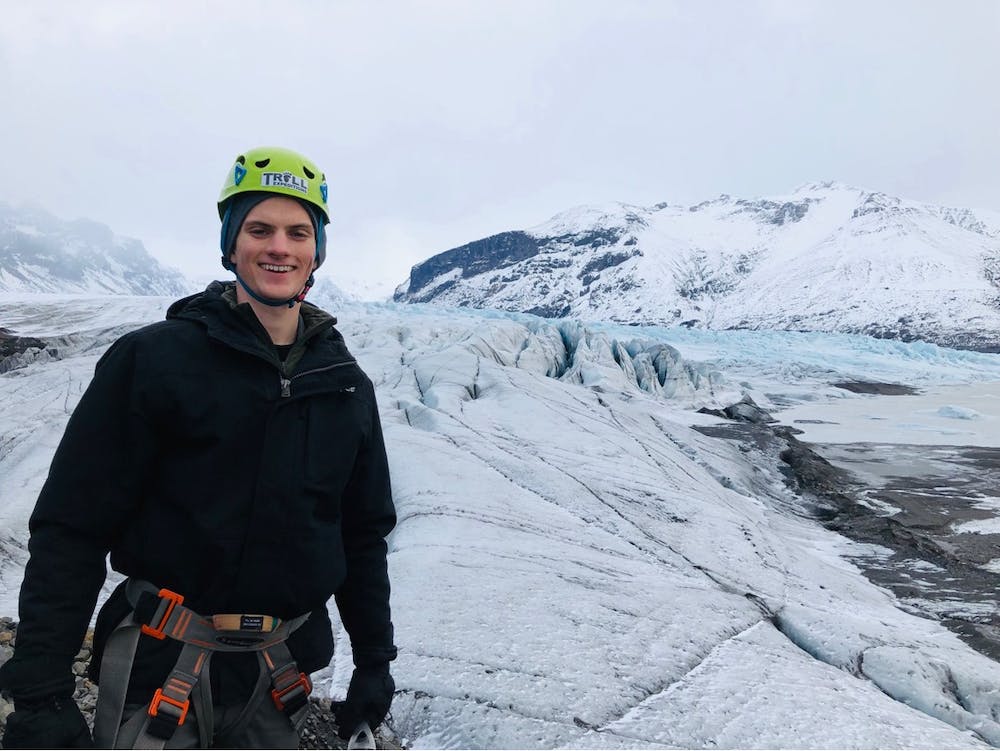 Noah was originally a base camper for four years, but this is his first year as a staff member and he couldn’t be more excited! Noah’s favorite memory from GRP was from a GLP (Group Learning Project) day, where he went climbing right next to a waterfall and then swam in the stream afterwards. It was one of his earliest memories of climbing and it definitely helped spark his interest in the sport. Currently, Noah is finishing up his first year at the University of North Carolina at Chapel Hill, where he is studying Political Science. Living in Brevard, just a few miles from camp, he loves to get out and enjoy the surrounding area every chance he gets. Noah’s favorite outdoor activity is rock climbing, but he also loves mountain biking. Noah has had a lot of great outdoor adventures, but his favorites include climbing the Stawamus Chief, a granite dome in British Columbia, and traversing a glacier in Iceland. His go-to backcountry meal is without a doubt quesadillas, unless you can count s’mores as a meal! The reason Noah is coming back to GRP to be a counselor is because he has so many fond memories from his time as a camper, and he really wants to help give current campers an experience as great as he had! What keeps him coming back is the sense of community that has created around the natural world. Spending time with other people who love the outdoors has led him to create some of the best friendships and memories that he has.

Meet Our staff Meet Our Staff